The main competition was the CIC*** which this years sees two strong sections rather than the usual one. Section A saw the last two riders of the day take command with Andrew Nicholson on Avebury taking the lead with a polished test ahead of Laura Collett on Rayef.

Section B is led overnight by USA rider Clark Montgomery on Loughan Glen with Piggy French on Tinkas Time in second and Mary King (who has been successful in having her suspension lifted following a heavy fall at Salperton two weeks ago) on Imperial Cavalier is in third.

In the CIC** sections Bettina Hoy leads section C on Seigneur Medicott with Pippa Funnell on Or Noir De La Loge following close behind. Chris King heads section D on Billy Bounce ahead of Colina Pickles on Airtime. The final 2** section E sees Andrew Nicholson again at the top of the leaderboard this time on Zaron with Pebbly Aga Khan ridden by Sophie How in 2nd. 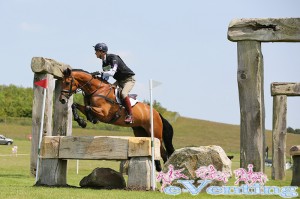 The novice sections were ruled by William Fox-Pitt who achieved 3 wins from 3 horses which included winning section J on Top Biats finishing on a dressage score of 18. Other sections saw wins for Sammi McLeod on Hunter Valley II, Oli Townend on Ballaghmor Class and Rhian Smith on Wiseguy.

The Under 21 Intermediate Novice which was acting as the final Junior team trial was dominated by Emily King and Will Furlong who both had two rides apiece in the top 5 with Emily taking top spot on Brookleigh. 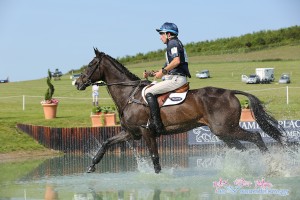 Barbury plays host to an Intermediate Novice Retraining Of Racehorses championship whereby the top ten in the section are invited back on Sunday to showjump for a £2000 top prize and £6000 total prize fund. This year saw an exact repeat of last years top two with Tim Price taking the top spot on Vortex with Oli Townend a close second on Black Tie, all will be to play for on Sunday although Tim will surely be hoping to repeat his overall win from last year as well.

The final section contested on Friday was the final pony viewing trials. The exceptional standard of these combinations was evident with one pole being the only jumping fault (showjumping or XC!) between all nine ponies. Yasmin Ingham riding Craig Mor Tom took the honours with the only sub 30 dressage score.

Saturday promises to be equally as exciting seeing the conclusion of the CIC** sections, the CIC*** showjumping and in addition a collection of supporting Show Jumping classes including Grand Prix and Topscore classes.

Wiggy Channer takes a dunking in the notorious Barbury water

To those coming to spectate please remember to bring your sunscreen as the weather is set to be even hotter again and you can’t go jump in the water jump to cool off!

This website uses cookies to improve your experience while you navigate through the website. Out of these, the cookies that are categorized as necessary are stored on your browser as they are essential for the working of basic functionalities of the website. We also use third-party cookies that help us analyze and understand how you use this website. These cookies will be stored in your browser only with your consent. You also have the option to opt-out of these cookies. But opting out of some of these cookies may affect your browsing experience.
Necessary Always Enabled

Any cookies that may not be particularly necessary for the website to function and is used specifically to collect user personal data via analytics, ads, other embedded contents are termed as non-necessary cookies. It is mandatory to procure user consent prior to running these cookies on your website.