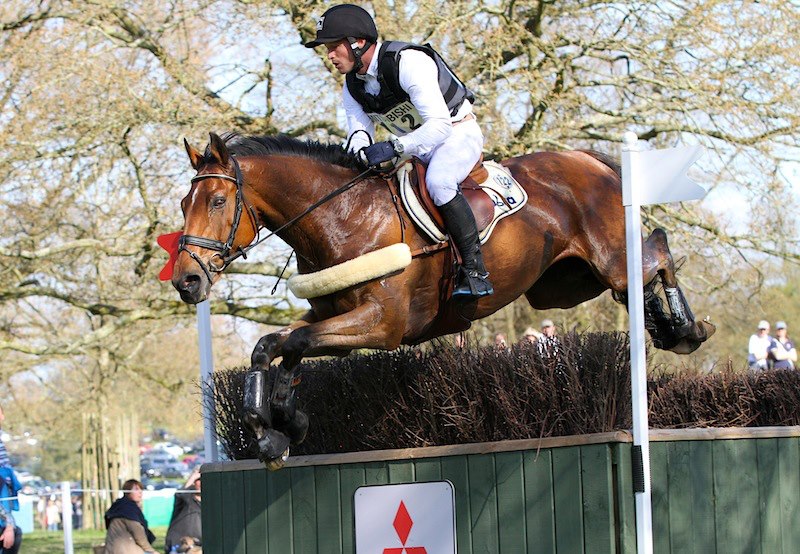 It appears that bright colours and individuality have disappeared in 2013 apart from Tappers who is about the only rider you can not fail to recognise from more than 100m away. It’s a shame as I remember being able to spot Lucinda Green, Ian Stark, Virginia Elliott, Mary King, Karen Dixon and Pippa Funnell all by their cross country colours. I think the lack of personalisation does take something away from the sport and that instant recognisability.

2013 was the year that everyone went Micklem crazy. Last year there were one or two about but this year they have graced a lot more horses’ heads including those of Caroline Powell’s and Andrew Nicholson’s. If you want to see why these riders have gone for this option then you can try before you buy at http://www.hireamicklembridle.co.uk/ 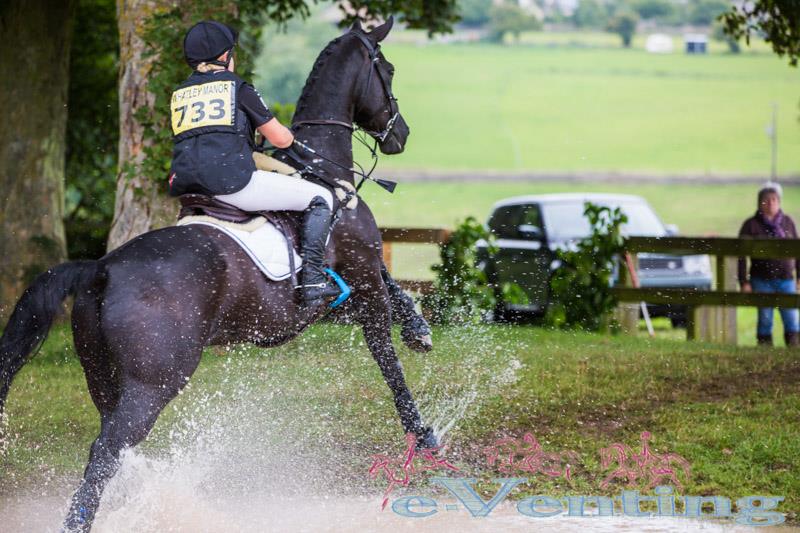 As a traditionalist, I find the whole coloured stirrup thing a bit tacky but they are around and Lucinda Fredericks has a pink pair. 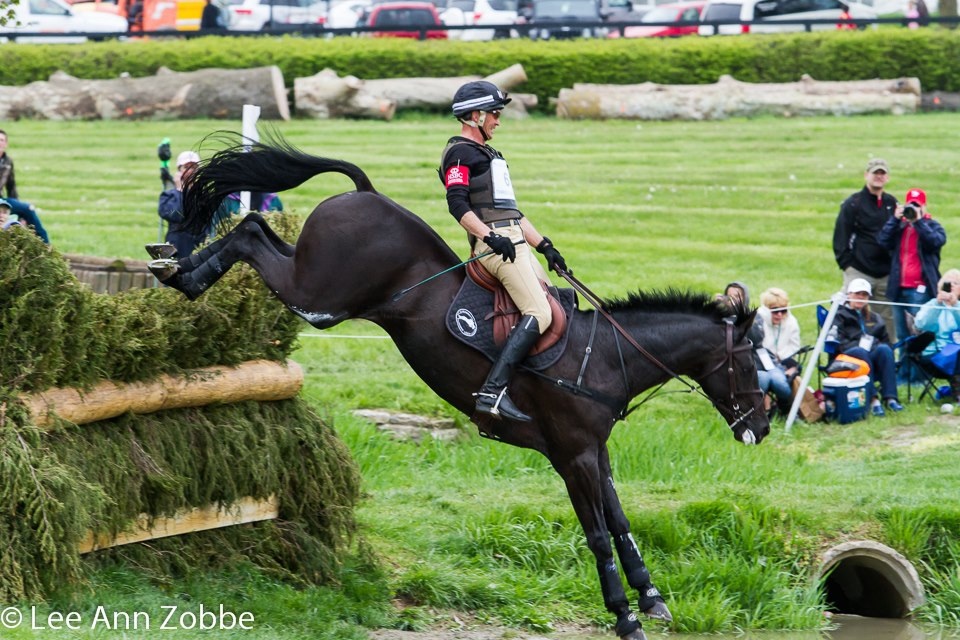 No surprises here with this fashion but it seems the Kiwis are on fire, and though not a particularly new fashion in the UK their domination has come from all directions not just the stalwart that is Andrew Nicholson. Jonelle Richards, Lizzie Brown, Jock Paget, Mark Todd and Tim Price have all had a good year and we cannot forget the silver fox, that is Andrew Nicholson. The most exciting thing about Badminton 2013 (because it certainly was not the cross country) was the Fox Pitt vs Nicholson vs Jung competition and yet it was stolen out from under all their noses by another kiwi.

If any hat has dominated the eventing season in 2013, then it is this one. Black or Navy, suede or matt the choice of this hat has been made by riders at all levels. A hat that looks great with tails in the dressage arena and is also perfectly at home in the showjumping arena. In 2012 it was the turn of the Charles Owen leather Ayr8 thanks in part to Charlotte Dujardin and several US eventers, but 2013 has definitely been dominated by the Gatehouse Conquest!

Not a new fashion but one that has seen more and more eventers come along to join the big Twitter party in 2013. Our favourite Tweeter is Sam Watson (Watsoneventing). The absolute classic being ‘won again, driving home at 97mph, getting jiggy with wiggy (LOL), riding 32 horses tomorrow’ when pretending to be Andrew Nicholson. Lots of eventers and people in the sport are on twitter including Lucinda Green, Jock Paget, WFP, Paul Tapner, Gemma Tattersall, Event Riders Association, BE and John Kyle. Product-wise several of our supporters have Twitter accounts including NEW, Champion, Toggi, Equimins, Equifeast, Ecogold and Kan. 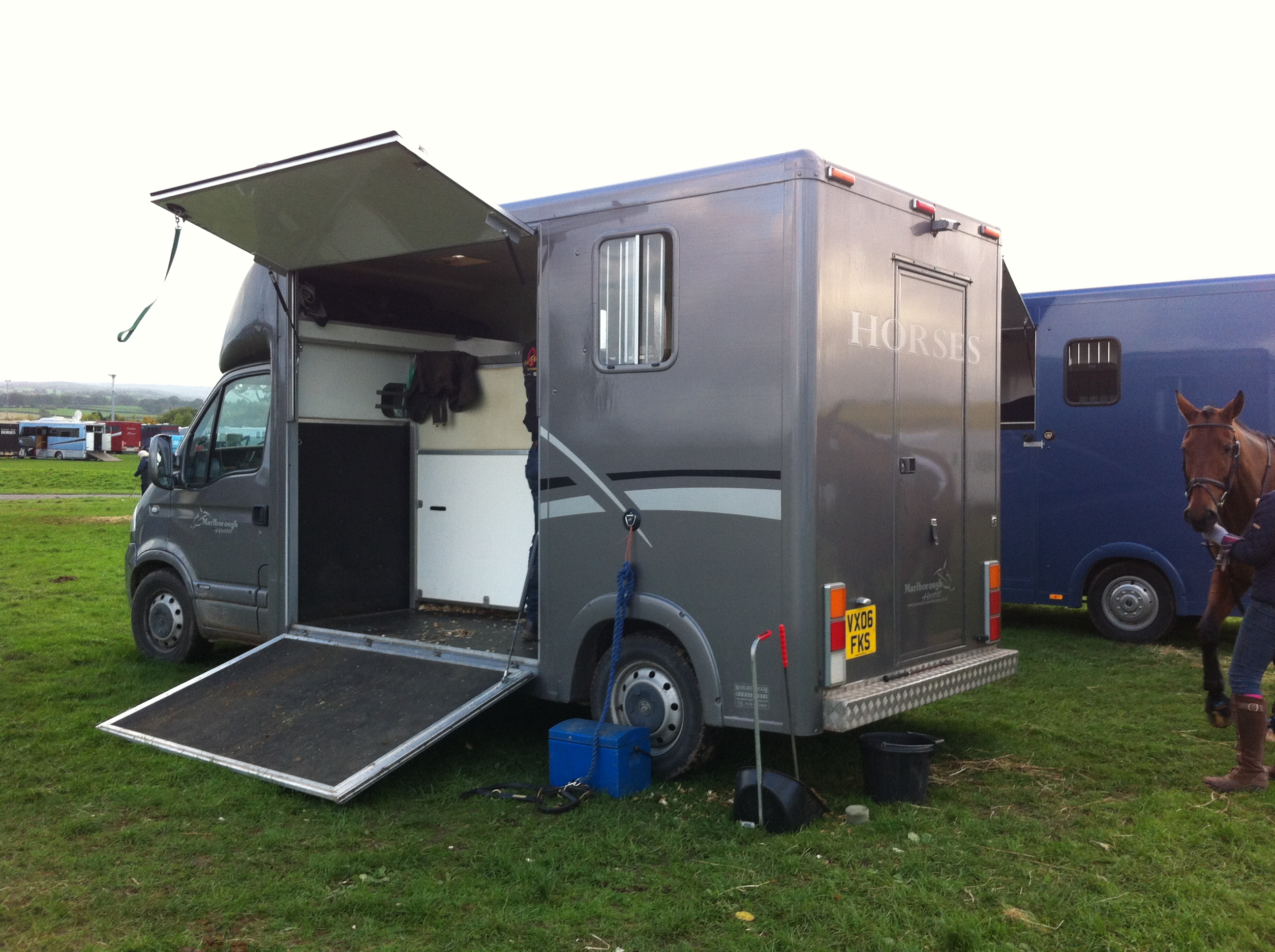 It used to be that you would see the lorry park full of mega lorries. Rises in diesel prices have seen the rise of 3.5t lorries instead. Several pros now have these little ‘bread’ vans to run around their horses in for one days including Kitty King, Jock Paget, Coral Keen and Chris Burton. I always see a lot of 3.5t being used in racing so it makes sense that this has also moved into eventing. No plating required and can be driven by anyone with a car licence.

I was at Aldon on Saturday and everywhere I looked someone was wearing a sign written jacket. Sponsors, teams, services and even

the cringworthy ones with the name of the rider and horse on the back. I have to admit I was also guilty, as wearing my wonderful Toggi one with E-Venting on the back. They look smart, are practical, and in a sport like eventing which is outdoors it’s an easy way to support sponsors. 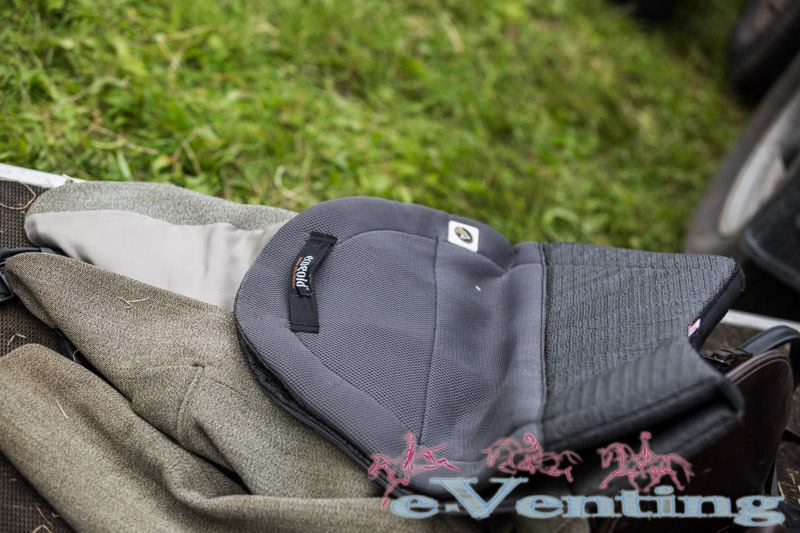 What do WFP, Lucinda Fredericks, the USA team and several other riders have in common? Ecogold pads. These are expensive pads but worth every penny. I admit that I succumbed this year and now have one, and despite being used a lot it has lasted and washed better than anything else has this season. I think the shaped ones look über smart and it has never moved under my saddle.